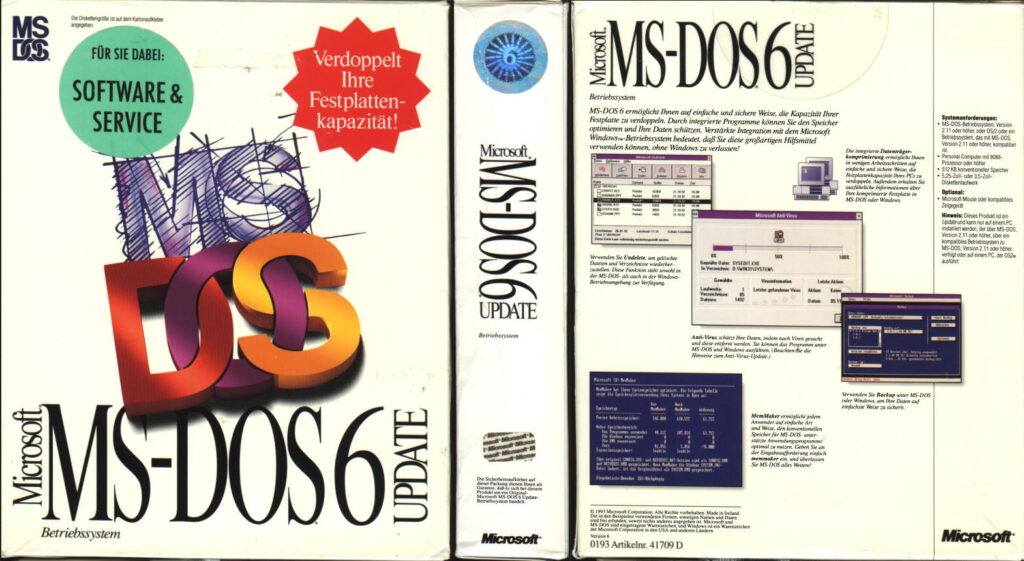 This was a catch-up with Novell’s DR-DOS 6. It added a disk-compression utility called DoubleSpace, a basic anti-virus program and a disk defragmenter. It also finally included a MOVE command, an improved backup program, MSBACKUP and multiple boot configurations. Memory management was also improved by the addition of MEMMAKER. A number of older utilities, such as JOIN and RECOVER were removed. The DOS Shell was released separately as Microsoft felt that there were too many disks. Also the support for CD-ROM were added.